Todd Harper, aka @laevalentine took us to school on a lot of topics; including body diversity, fat characters in videogames, LGBTQIA issues in gaming, Bayo Studies and more. 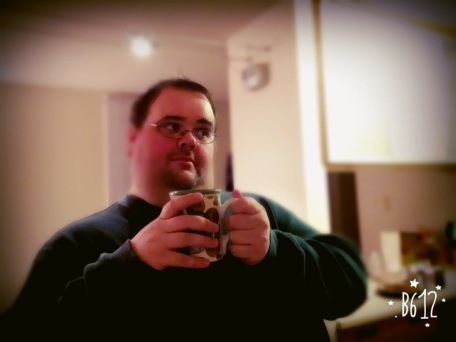 Listen on Fresh Out of Tokens // Download the MP3

We have tees, and other items in the #INeedDiverseGames spreadshirt shop. We’re splitting the profits 50/50 with @Chachibobinks. There’s a blog to compliment the show outoftokenscast.com If you have questions, compliments, hate mail feel free to drop a note there as well. You can also @ us on twitter; @OutOfTokensCast or email us freshoutoftokens@gmail.com.

Musical accompaniment for Fresh Out of Tokens is provided by Mike Moody. You can hear more of her work at: http://soundcloud.com/mikemoody-1

Who is your favorite openly LGBT character in a game?

(besides Taric), what queer-coded character(s) would you most like the developers to remove ambiguity from?

Using Bo Rai Cho as shining examplar of what not to do, are there any games that get body representation right?

What game or games will you always go back to?

What’s the best thing you’ve read in the last year?

Listener Feedback/Question about our episode with Liam Esler:

Listening to latest podcast, I got to the part about entitled fans & the statement “there’s a generation that feels voiceless & the only way they know to get attention & get heard is threats” (I’m paraphrasing here, but that’s close to what was said) and I feel some kind of way about this viewpoint.

Mainly that it is, at best, incomplete. And here’s why: The people that statement can apply to and not be erroneous? Predominantly white. Also, predominantly cishet. Most of modern history, people of color, queer folks, trans folks, have known nothing BUT being ignored to outright being silenced. This feeling of being ignored isn’t a new thing for this generation of marginalized peoples/voices. And yes, the rise of social media has given us platforms for our viewpoints and ways to make our voices heard but still nowhere near the level of perspectives that have always been elevated in the dialogue.

What are your thoughts on this?

Where to find our guest online

GDC 2014 – How to Subversively Queer Your Work

Where to find your hosts online: